SLOANS DOES THE MET 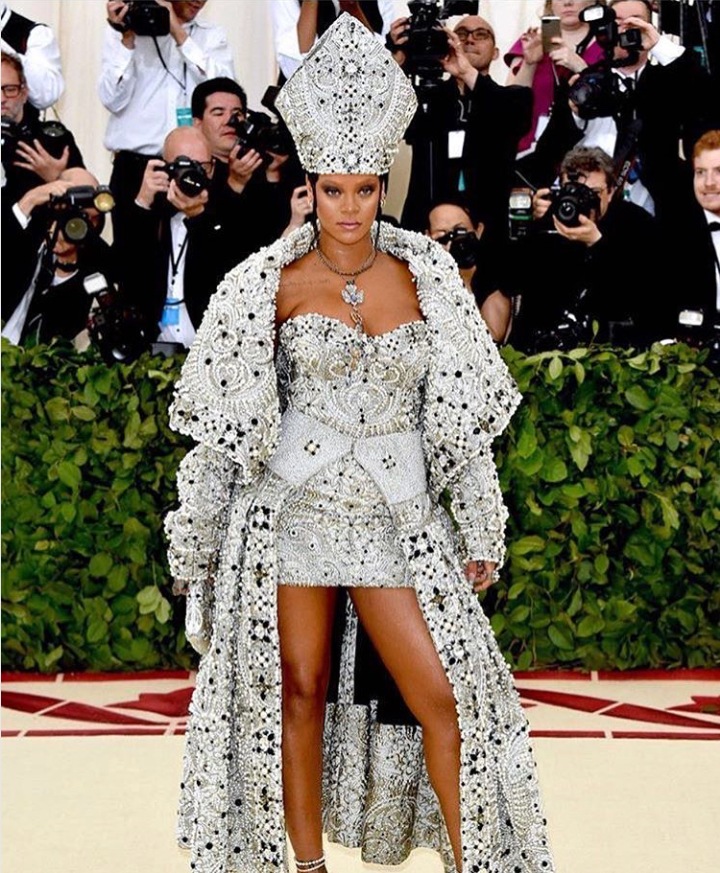 14 May SLOANS DOES THE MET

Posted at 16:43h in News, Uncategorised by Jo Coles
Share

It’s THE fashion event of the year and the Sloans team of Sydney hairdressers were waiting with fashion anticipation for the red carpet to commence. With a theme of “Heavenly Bodies: Fashion and the Catholic Imagination” we were all mesmerised by the celebrity take on religion as fashion icon inspiration. You have to wonder, were there any crucifixes left in New York?!

Here are our picks of the night;

Didn’t think we would be including any of the guys, let alone putting them first, but Black Panther’s Chadwick proved that this red carpet isn’t just for the ladies to shine. This custom Versace look was jawdropping. The crosses and tassels on the shoulders. The perfectly cascading cape. The fists full of Bulgari rings. The gold Louboutin Hommes. And did we mention our favourite part? He actually had gold sparkles throughout his hair and beard. This guy won the Met.

Jennifer gave the models/actresses/you name it half her age a run for their money in this look and she has never looked better. Her look was the perfect example of keeping it modern whilst also paying homage to the theme. The dress is Balmain and is encrusted with jewelled textures and strong beading, giving way to the dramatic feathered train. As Sydney hairdressers, we obviously also love the hair and make-up- super sleek and glowing so as not to detract from the dress. Among a sea of pale ethereal looks, Bella brought the drama in her dark devilish ensemble. Created by Chrome Hearts the outfit featured a glossy latex corset and form fitting black skirt but the special touch was the structural jacket and veil embellished with heavy metal accents. The chain link accessory was even doing double time as headband with the jacket literally sewn into her hair, bringing new meaning to hair as fashion. A definite favourite amongst the North Sydney hair salon team.

There is no one who commits more to honouring the theme than co-host Rihanna. She was literally dressed as a pope. A pope! There is no one else who could have pulled this look off, although honourable mention goes to Cardi B, who the Lane Cove Hair Salon team also applaud. Rihanna’s look included a pearl and jewel encrusted robe by Maison Margiela Artisanal which even included an actual Cardinal’s mitre. Apparently this look weighed so much that every step felt like a squat- fashion is pain!